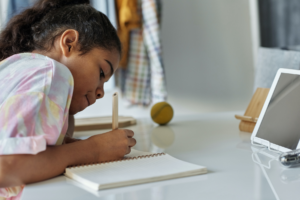 During the COVID-19 pandemic, a lot of students have turned to online learning. Remote learning involves a few disadvantages when it comes to technology and it is also more difficult for the parents to handle. Now, take for instance when your kid was not able to attend a ‘zoom school,’ did you know that you might be reported for possible neglect charges?

This is the headline reported from The Boston Globe in a recent story: “Massachusetts school officials have reported dozens of families to state social workers for possible neglect charges because of issues related to their children’s participation in remote learning classes during the pandemic shutdown in the spring”.

Several parents have decried the uneasy situation, especially so for working parents, single mothers, and those who already have a lot on their hands.  The negative effects are especially acute for parents who already struggle financially.

For example, Em Quiles was shocked to receive a call from a DCF agent regarding her alleged neglect after her young child missed class and school assignments. She was already struggling to multitask with her full-time job so she got help from her older son to look over her younger son. It impossible for her to oversee her younger son’s virtual learning.

A parent named Lynn, who was reported for child’s absence from online learning to DCF, did not get much information about getting laptops and internet access because they don’t use Facebook or email. This is according to Dalene Basden, a family support specialist with the Parent/Professional Advocacy League.

Christi Brouder, a single mother of four kids, all who have special needs, also struggles getting her children to join their remote activities for weeks. She was threatened by her kids’ teachers to call the district’s truancy officer when her 6-year-old son with autism jumped naked in front of the computer screen while her 10-year-old daughter joined a class on Google Meet.

When it is supported, a neglect allegation can lead to DCF taking a child away from their parent. This is the worst nightmare for every parent.

But according to officials in several schools, reports usually focus on cases where they see a problematic pattern in the child’s behavior.

It was outlined during the spring remote learning period that the role of the teachers is to be “mandatory reporters” to DCF, as Worcester School officials explained.

Worcester superintendent Maureen Binienda said, “One of our primary responsibilities was to ensure that every child in our district was safe, had access to food, and received appropriate care,”. Though she declined to respond about specific cases.

This entire situation during the COVID-19 pandemic has created a great strain on parents. Thus, public school officials and families should work hand in hand together to make it easier for the kids to adapt to online distance learning.