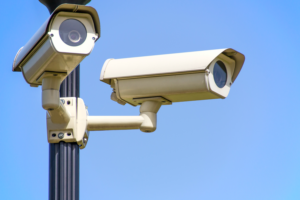 In a recent landmark decision, the Massachusetts Supreme Judicial Court (SJC) ruled that a search warrant was required for police to utilize pole cameras to record a suspect’s home for months of video surveillance.

The higher court addressed privacy implications of pole cameras that target private homes.  The court ruled that although the conduct was not a Fourth Amendment violation, it did violate the Massachusetts Constitution.

In recent years, the court has addressed Massachusetts residents’ protection from warrantless tracking on GPS, cell phones and even license plate readers.

The ruling came from a case of three men, two from Peabody and one from Lynn, who were charged with an alleged North Shore drug ring in 2018. Their defense attorneys sought to suppress the pole camera footage. The men, Nelson Mora, Ricky Suarez, and Lymbel Guerrero argued that investigators should have acquired a warrant for long-term surveillance.

Mora’s attorney, Stephen Judge, praised the decision, which will lead to more governmental accountability and help protect our citizens’ privacy.

Going forward, the police in Massachusetts will need to seek warrants prior to installing pole camera surveillance.

As noted by Justice Barbara Lenk, “Without the need to obtain a warrant, investigators could use pole cameras to target any home, at any time, for any reason.”  Thus, the court ruled, if you target a home with a surveillance camera for a long period of time, you’re gonna need a warrant for that.